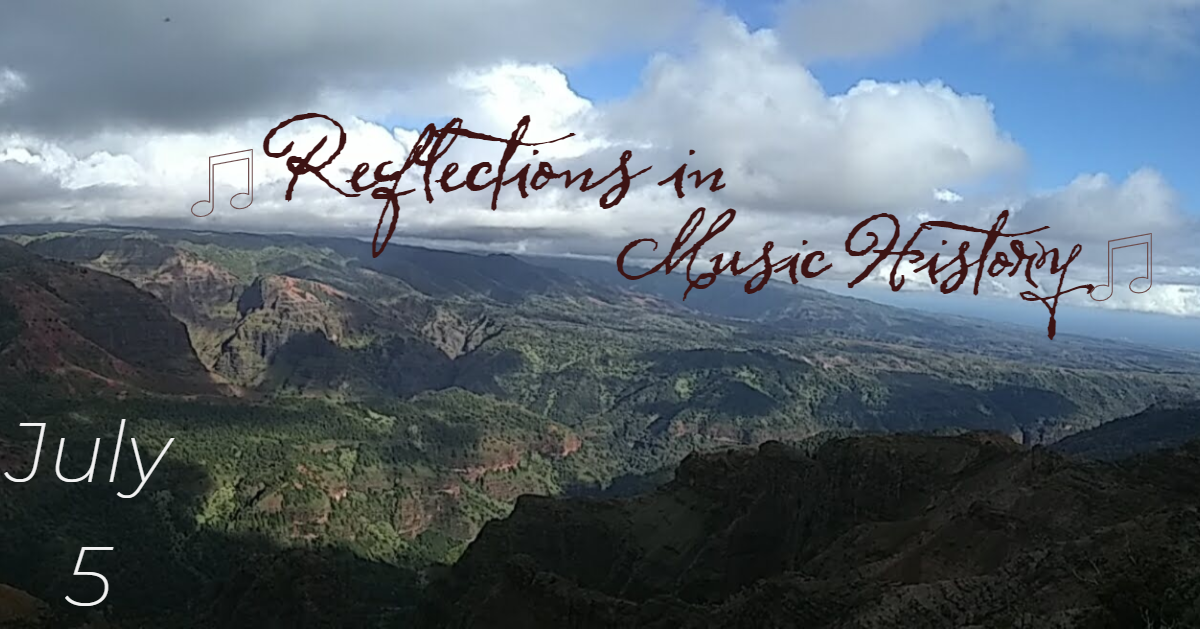 Sharing key events in music history and providing reflections on how it can positively affect our lives. I’m your host, Jocelyn Steward.

In 1954, Elvis Presley, the King of Rock and Roll, recorded, “That’s alright mama.” It was his first professional recording.

His first single, “That’s alright mama,” was a gift for his mother. It is a rearranged song based on Arthur Big Boy Crudup’s, “That’s all right.” It is considered the first rock song.
Elvis Aron Presley was born in Tupelo, Mississippi on January 8, 1935. He departed this earth in Memphis, Tennessee on August 16, 1977 at the age of 42. His music career began in July 1954 . He began recording at Sun Records with producer Sam Phillips. Scotty Moore was his lead guitarist and Bill Black was his bassists.
Elvis performed many popular music including

His music is recognized in many music halls of fame including

Reflection #1: You don’t have to reinvent the wheel

Music oftentimes recycles in other genres. If you like a song, consider rearranging it to fit your musical style.

As a musician, you may have received criticism about your talents. You may have tried to an instrument and wasn’t successful. Mr. Presley failed only one class in his life – music. His music teacher told him he couldn’t sing.

When I was attending the University of Georgia, I had a professor write on one of my exams, “I do not see how UGA is giving you a degree.” I eventually earned my undergraduate degree from UGA, a master’s from Troy University and a PhD from the University of Alabama @ Birmingham (UAB).

I wrote that professor prior to attending UAB and reminded her of the note she left. I told her that I had earned my degree from UGA and was about to start my PhD. I don’t recall the exact words she used but I remember it wasn’t an apology and it was something equally as disrespectful as the first note.

Do not seek validation regarding your talent from others. Remember that the only person you need to seek approval and validation from is yourself. Ignore those that try to bring you down.

Reflection #3: Talent comes in all shapes and sounds.

If you enjoy making music, make music to make yourself happy. Don’t worry about making others happy,

If you aren’t as musically inclined, consider songwriting. Did you know that he never wrote a single song? You can start with little to no musical experience and create a song. Combine beats, music, and lyrics to create a song that you enjoy playing. Consider sharing it and have others play your song as well.

Join us for the July 19th episode as we talk about the day the Monkees recorded the theme song to their TV series.

Thanks for listening to Reflections in Music History.  If you like show and want to know more checkout my web @ LCmusicstudio.com.  I would greatly appreciate a review on whatever platform you listen to the show.

I am Jocelyn Steward from the Louise Catherine Music Studio.  Helping students to unlock the keys to excellence in music.

Reflections in Music History Podcast: Introduction to the Podcast